History of Beano’s
Conroy Foods grew out of a restaurant called “Beano’s” Pizza & Suds. It was located just outside of Pittsburgh, Pennsylvania in a small town called Blawnox. After graduating from college in 1985, my brother Bill and I founded the restaurant.

So, the three of us formed Conroy Foods, Inc. We began putting in even longer hours. We worked our separate jobs during the day. In the evening we would all come together to bottle our family recipe, sometimes working until early hours of the morning.

Our first customer was a local grocery store chain headquartered in Pittsburgh. At the time, they had about 125 stores in 3 states. I visited with each Deli Manager giving out samples. The response was great and the orders started coming in.

In 1991, as our distribution grew, we sold the restaurant. We devoted our full time to manufacturing our Submarine Dressing and to the development of new items. We currently sell our condiments in all 50 states, Canada, Mexico, Puerto Rico and Central America.

All of us at Conroy Foods wish to THANK YOU, our loyal customers, for purchasing our family of fine condiments. 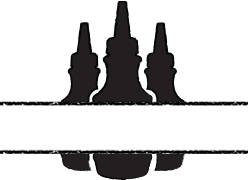 Find a grocery store in your area that carries our products. Always remember to look in the deli!